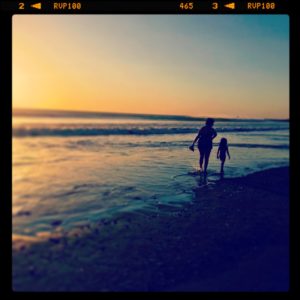 Me on day 1 of my visit to San Juan del Sur, Nicaragua:
“I’m not sure if this town is a good fit for me.”

Me on the last day of my visit to San Juan del Sur, Nicaragua:
“I don’t want to leave. How can I spend more time here?”

So what changed between the first day and the last day? Quite simply – it was the community. On the first day, besides being tired and a bit jet lagged, I didn’t know the town, and more importantly, I didn’t know the town’s people with the exception of Roberto, who provided transportation from the airport. However, in less than two weeks, I was waving “hola” to Roberto as well as other local business people, expats and travelers as all of us made our way through San Juan del Sur to work, play and live. How did the shift happen so quickly? With a few kinds of people:

The socially responsible expat – Muffadal Saylawala, owns and operates Casa Oro – a regenerative hostel in the heart of SJDS. He also has other properties including Casa Andalucia – a 10-minute walk up the hill from Casa Oro — where I stayed, as well as a farm that will become an eco-tourism destination with the concept of regeneration at its core. Interestingly, regeneration here has a three-part meaning: 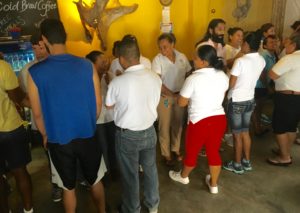 Muffa (in beard) plays one of our team building games with staff members to kick off Casa Oro’s all-hands meeting.

I met Muffa at the World Domination Summit several years ago and have been watching his Nicaraguan dream come to life. Not only is he a visionary, he’s a heart-centered entrepreneur who wants more than a team – he wants a community. 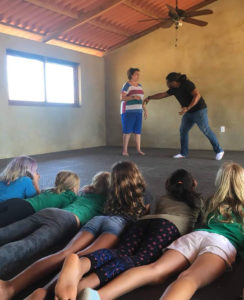 The adventurous improviser – Gary Ware, of Breakthrough Play, is the kind of improviser you want on your team. Whether it’s work, travel or recreation, you want to be part of Team Gary. With his “yes, and …” approach to life, Gary jumped on every opportunity to connect with various populations in SJDS. We co-led a team building training for the Casa Oro staff – in Spanish – and even though Gary doesn’t speak the language, he’s savvy enough to know that there are many ways to communicate other than verbally. He also dove into the chance to lead improv playshops with me at San Juan del Sur Day School – an international school that invited us to ride the school bus with the kids! And, he was also thrilled to host an improv playshop with me at Nomad Life – a co-working, co-living space for digital nomads. Most importantly, however, is the fact that Gary walks his talk – his love of play seeps into all aspects of his travel and live experiences.

The family travel blogger – Ricky Shetty (aka The Daddy Blogger) is traveling the world with his kids, so not only does he have to process his own digital nomad experiences he has to help them do so as well. I met Ricky while having lunch at Casa Oro with Gary and Muffa. A few minutes later, he and his kids – Rianne and Ryan – were entrenched with us and our joint adventures. The beauty of Ricky is that the whole reason he’s out in the world is so he and his kids can have cross cultural connections and adventures to learn and grow as a family. It was only fitting that our plans would overlap – and grow – together. Without him, Gary and I wouldn’t have ended up playing at Nomad Life! 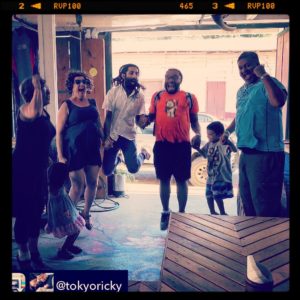 Because of Muffa, and Gary and Ricky, our little community of locals and expats and travelers grew so that we were having dinners with more than 20 people on some nights! We used phones to check in on each other and to confirm plans – rather than to have text message conversations in place of real life meet ups. And, we settled in and enjoyed each other with San Juan del Sur as our playground. While you might not have a Muffa or a Gary or a Ricky, think about who you do have, and, who you’d like to have as part of your travel adventures. Seek those people out. If you do, you probably won’t want to go home either.

“Be fanatically positive and militantly optimistic. If something’s not to your liking, change your liking.”
— Rick Steves on travel

For upcoming opportunities to connect and play, via improv events, classes, shows and camps, please visit The Adventure Project’s calendar.